Lani is such a sweetheart, and amazingly talented. Not only did she write Intrinsical, and the incredible sequel, Indelible, she also took her book cover photos and they're gorgeous! Yes, she's creatively multi-talented. Lani was also nice enough to take the cover photo for Eternal Starling, and obviously, she did a fantastic job. I mean, have you seen my cover???

Amber is the author of the fabulous fantasy, Witch Song! She's hilarious and I'm so glad I met her! I've been to a couple of events with her and I think she's awesome and so talented! I'll be doing a book signing with Amber April 20th at Hastings in Logan, UT, from 5:00 PM-Close. There will be food, and there will surely be shenanigans, so stop and see us!

Amber and Lani are both giving away signed copies of Eternal Starling too, so make sure you stop by their blogs if you want to win a copy of my book!

Now, on to the books!


First up is Witch Song by Amber! 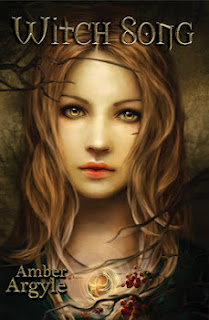 The world is changing.

Once, Witch Song controlled everything from the winds to the shifting of the seasons, but not anymore. All the Witches are gone, taken captive by a traitor.

Now the traitor is coming for Brusenna, and even her guardian can't protect her. Somehow, Brusenna has to succeed where every other Witch has failed. Find the traitor. Fight her. Defeat her.

If Brusenna fails, there won't be anything left to save.


I don't read a lot of high fantasy, but I loved Witch Song! I thought the world Amber created was impressive and so detailed. I really liked learning about the witches and their songs, and I really enjoyed the characters in the book, both good, and bad. The songs were really creative and a cool twist to the common witch/spell world. I liked watching Brusenna come to terms with who she is and try to learn everything she needs to know to fight the evil witch and save her people. By the time the confrontation happens at the end, I was on the edge of my seat. I thought this was a wonderful fantasy novel and I can't wait to see what will happen in the sequel, Witch Born, which Amber promises me will be out soon! :)

Enter to win a signed copy of Witch Song below!

Next, Intrinsical by Lani! 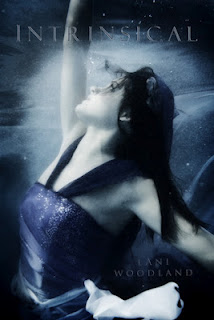 Sixteen-year-old Yara Silva has always known that ghosts walk alongside the living. Her grandma, like the other females in her family, is a Waker, someone who can see and communicate with ghosts. Yara grew up watching her grandmother taunted and scorned for this unusual ability and doesn't want that to be her future. She has been dreading the day when she too would see ghosts, and is relieved that the usually dominant Waker gene seems to have skipped her, letting her live a normal teenage life. However, all that changes for Yara on her first day at her elite boarding school when she discovers the gene was only lying dormant. She witnesses a dark mist attack Brent, a handsome fellow student, and rushes to his rescue. Her act of heroism draws the mist's attention, and the dark spirit begins stalking her. Yara finds herself entrenched in a sixty-year-old curse that haunts the school, threatening not only her life, but the lives of her closest friends as well. Yara soon realizes that the past she was trying to put behind her isn't going to go quietly.


I love a good ghost story, and Intrinsical didn't disappoint. I thought it was so different from other YA ghost stories I've read. I loved watching Yara come to terms with her abilities and the major twist (there are actually a few, but one specifically) that happens, and the point in the story that it happens blew me away. I enjoyed seeing Yara's relationship with Brent grow, and I appreciated that it happened over time instead of the two of them falling head over feet in love immediately. I loved this book and I loved Indelible even more! So make sure you pick up copies of both of these fabulous books!

Enter to win a signed copy of Intrinsical Below!

a Rafflecopter giveaway
Posted by Angela Corbett at 3:14 PM