It's almost Christmas!!!! Yay!! Personally, I'm just hoping there won't be a repeat of the Honeybaked Ham incident this year.

To celebrate the holidays, my publisher put the Eternal Starling eBook on sale! Wheeeeee!!! It's almost half the usual price people! Check it out, and then tell your friends! It would make a great Christmas gift, and the sale lasts until January 3rd, so it's perfect for giftcards you might get too!

So, I have two things I want to tell you about this sale...

First, I would be happy to send you, or the person you're gifting the eBook to, a signed bookmark and Eternal Starling tattoo. Just go to my website and fill out my contact form. Leave me your mailing address, as well as who you want the bookmark signed to, and I'll drop them in the mail!

Second, I want LOTS of people to know about the sale! So I need your help Tweeting, Facebooking, dancing around in an elf suit telling people to buy Eternal Starling, etc. (Okay, I was joking about the elf suit, but if anyone actually does it and sends me proof, you'll totally get an awesome gift package from me). You can use the Rafflecopter links below to tell people about the sale. The winner will get a pair of handmade lily earrings from the Eternal Starling jewelry line! 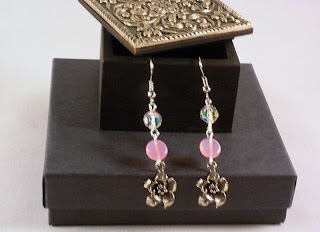 The sale lasts from now until January 3rd, so that's how long the contest will go. Good luck everyone, and thank you SO much for all of your help spreading the word about Eternal Starling!


Read more »
Posted by Angela Corbett at 2:51 AM No comments:

Eternal Starling has been out for a whole week! I still can't believe it and I've been overwhelmed with all the nice things people have said about the book! I'm thrilled so many of you have already read it! 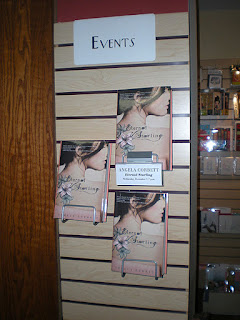 The staff did such a fabulous job with the event, and things went really well! I was so scattered the day of the party that I completely forgot to have someone take photos! Luckily, my BFF, Ashley, was there to save the day. So if you weren't able to attend the party, you can check out the photos below! 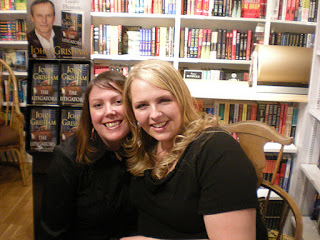 Me and my BFF, Ashley. 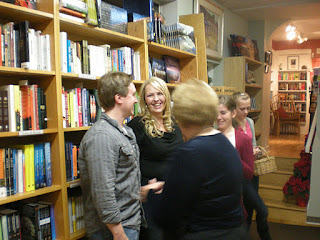 Me greeting people as they came in. That's my hottie husband in gray. :) 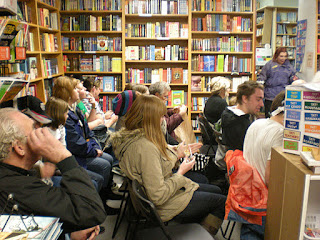 People waiting for the event to start. This was just one half of the room! By the time I started speaking, there were over 90 people there and it was standing room only! I was totally overwhelmed with all the support! 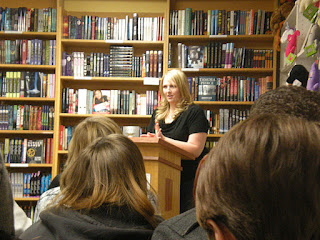 Answering questions during the Q & A. 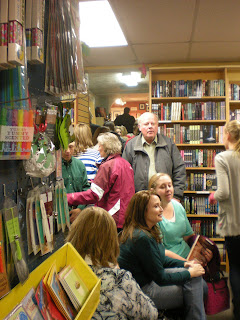 People lining up to have me sign their books! That's author Lani Woodland sitting down in the dark blue shirt with dark brown hair! She flew from California to come to my launch! How awesome is that? 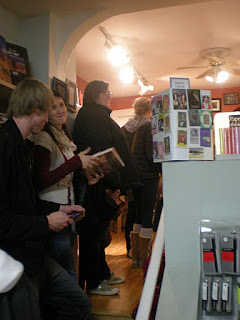 I still can't believe people waited in line so I could sign their books! 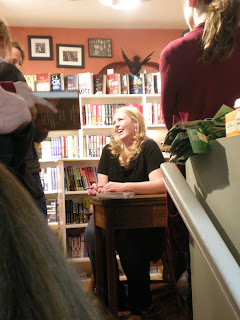 Talking with people while I signed! This was my favorite part! 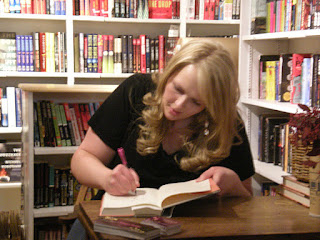 And finally, me signing books with my pink pen (to match the book cover of course!). :)


Thanks so much to everyone who came to the party and everyone who has read Eternal Starling! I'm happy you've fallen for Evie, Alex and Emil as much as I did when I wrote them! And speaking of that, I'm off to work on book 2!

Posted by Angela Corbett at 1:00 AM 7 comments:

It was awesome to meet so many of you during the YA Scavenger Hunt! The Hunt only lasted a few days, so the exclusive material from Erica O'Rourke is no longer available in this post, but I left Erica's bio and information about Torn and Tangled. Check out her website to learn more!
Posted by Angela Corbett at 12:00 PM 118 comments: