Check out the list of tour stops and all the awesome prizes you can win at Booknerd Tours!

Guess where I'll be on Saturday, November 2nd???

Signing books at the Houston Bookrave!!!

The event is free to the public, and TONS of fabulous authors will be there! You can see some of the authors attending on the website.

Check it out, and come see me!!!
Posted by Angela Corbett at 2:16 AM No comments:

Welcome to the Book Blast for The Devil Drinks Coffee!!! 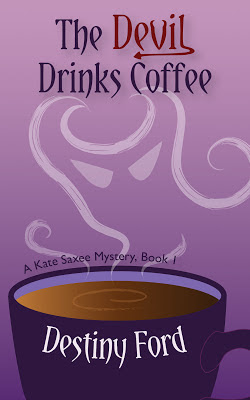 
A cow suicide, a revolving door rescue, and the birth of a bright purple pig are starting to make Kate Saxee wonder if taking a job in her small hometown of Branson Falls, Utah, was such a great idea. As The Branson Tribune editor, Kate covers local news, which, more often than not, involves her accident-prone mom. Nothing truly newsworthy has ever happened in the quiet town until local teen Chelsea Bradford turns up dead in a Branson Falls lake.

The police rule Chelsea’s death an accident, but Kate suspects there’s more to the story—and she’s not the only one. Two of Branson’s most eligible bachelors are determined to help her solve the crime—among other things. But the small town social network is faster than Twitter, and gossip about Kate’s love-life is quickly branding her the Branson Falls hussy.

As Kate learns more about Chelsea, she discovers that plenty of people are trying to cover up the real story behind the girl’s death—including Chelsea’s parents. Now Kate has to juggle work, men, her mom’s most recent disaster involving a low-speed John Deere Combine chase on the freeway, and fend off the Mormons heaven-bent on saving her soul—all while solving Chelsea’s murder. Dealing with this is going to require a lot of coffee, chocolate frosted donuts, Neil Diamond’s greatest hits, and a slew of words not on the town approved imitation swear list. 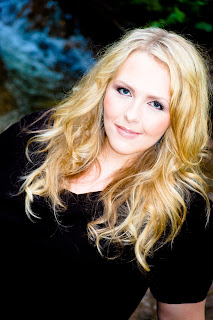 Destiny Ford is a pseudonym for Angela Corbett. Angela graduated from Westminster College with a double major in communication and sociology. She started working as a reporter when she was sixteen and won awards for feature, news, and editorial writing. She has also done freelance writing. In addition to writing, she works as a director of communications and marketing. She loves classic cars, traveling, cupcakes, and U2. She lives in Utah with her extremely supportive husband and their five-pound Pomeranian, Pippin, whose following of fangirls could rival Justin Bieber's.
She writes adult titles under the name Destiny Ford, and YA/NA titles under the name Angela Corbett. 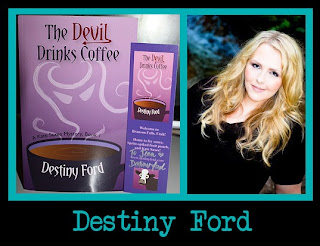 Posted by Angela Corbett at 1:19 AM No comments: