You know when you're watching a scary movie and the girl goes in search of the killer in the darkest room with no flashlight or cell phone, wearing the equivalent of a washcloth. As an audience member, you're screaming, "What are you doing??? Stop being an idiot!!! Get out of there!!! And put on some pants!"

There are usually more expletives.

But, as a writer, I get it. Take a minute and put yourself in that situation. If it was the middle of the night and you thought a killer was lurking in your house, do you take the time to put on clothes? Do you scramble in the dark looking for a cell phone and making noise that might alert the killer you're up and half naked? Do you turn on lights and give up the advantage of darkness?

I struggled with it to the point that I came up with 3 different ways to change it and drafted them.

Then I threw them all out.

Why? Because the other options were too convenient. While my mistake version seemed slightly out of character, the new options felt contrived. When I sat back and looked at them all, I decided to stick with my gut and let her do something wrong. I liked that it made my heroine a little more real, and that she has to do some introspection and admit she put others in danger because she was too confident. We all make mistakes. No one is perfect, and I don't think a book character should be either...well, maybe they should be perfect in some ways, like when it comes to a hot guy's abs and chest circumference...

But you get where I'm going with this. If a character is perfect, they aren't relatable. And who wants to read that?

As an author, especially when the book is in a series, one thing I really like seeing from my characters is their growth and the way they change. This character is a teenager. She's going through a crap ton of stuff that no person, let alone an 18 year old, should have to deal with. And up to this point, she's handled it like a champ. But, like most teenagers, she deserves to make a stupid choice here and there too, so when that's where she took me, I went there, and decided to stay.

There was a reason behind her decision and I like that it makes her a little more relatable. And, hey, she's wearing more than a washcloth when it happens, so while you might be screaming at me for a lot of other reasons, at least lack of proper clothing in cold weather won't be one of them. :)

A Halloween Treat for You!

It's almost Halloween! That means I'm watching scary movies (and some not so scary ones...Hocus Pocus!), going to haunted houses, and eating WAY too much candy.

Since I love Halloween so much, I wanted to give all of my readers a treat too!

So, for a limited time, The Devil Drinks Coffee eBook is on sale for 99 cents!!! 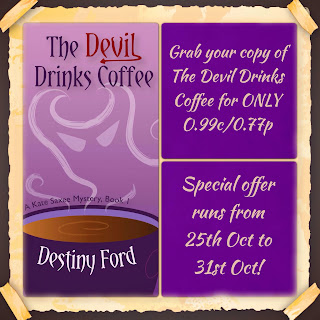 If you haven't grabbed a copy, now's your chance!

And please help me share the sale by telling your friends!

Hugs, and happy haunting to you all! 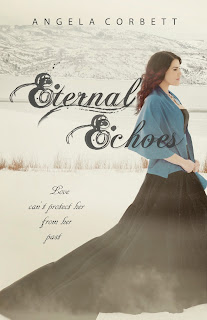 Eternal Echoes releases in almost a month!!! One month!!!

And I need your help! I'd love to have some reviews up before the book releases. If you're a blogger who loved Eternal Starling and you want to leave me a review on Amazon/Barnes and Noble/Goodreads I'd love to send you an e-copy!

Eternal Echoes comes out November 19th, and the e-copies for review will be available next week!

Thanks so much for your help, and for being so supportive of me and this trilogy!!!
Posted by Angela Corbett at 6:17 PM No comments: 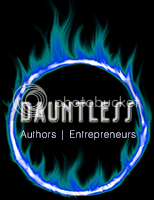